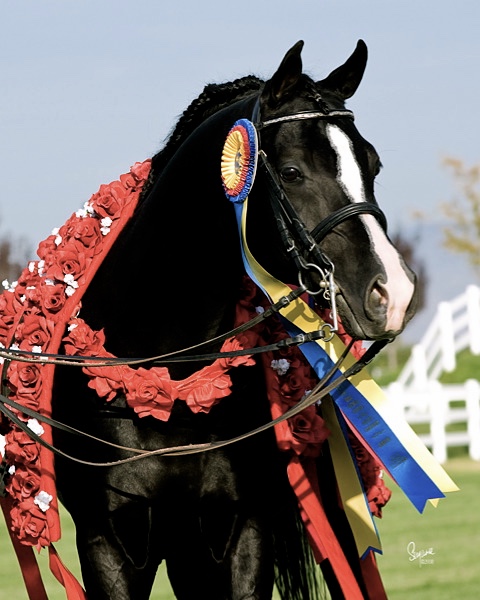 For over 40 years Kerrigan Bloodstock has strived to develop an Arabian horse for the sport horse world. We are producing superior Arabian bred sport horses from the fourth generation of our breeding program including both Arabians and Shagya-Arabians.
The senior stallion at Kerrigan Bloodstock is KB Omega Fahim++++//, a blue black purebred Arabian. He is a highly accomplished FEI dressage champion (open and Arabian) with 4 AHA National Titles and 4 USDF National Titles. He is passing his superior qualities to all his foals with many champion offspring including his Half-Arabian daughter, KB Jull Fahim, who is also an FEI Dressage Champion.
KB Omega Fahim++++// is a North American Shagya-Arabian Society, Inc. approved stallion for Shagya-Arabian breeding. 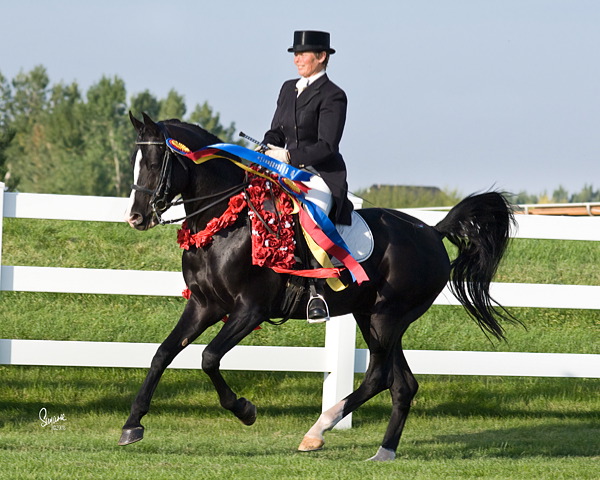